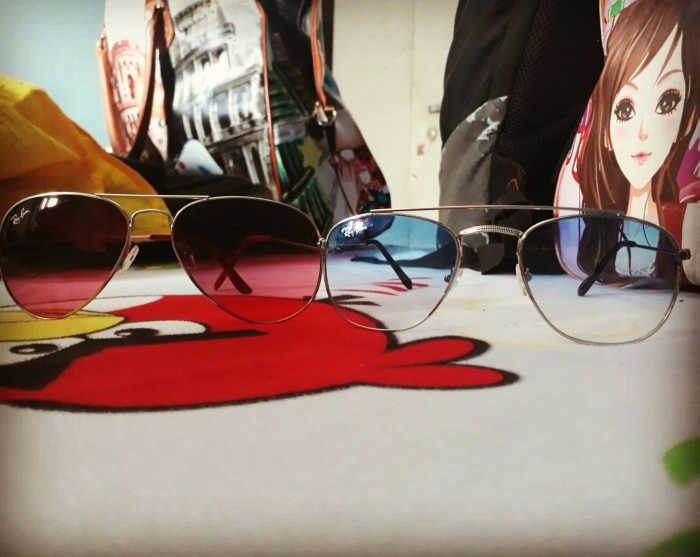 Do you sometimes avoid certain situations,certain people just like that. May be because you are not in a mood to handle them

and worst part … you regret yourselves afterwards 😂😂, if yes then you seriously need below lines…and if No..you can still read below and laugh on such stupid people…yes they exist , at least one exists..who is writing this post for you :

who never refuses to see🤓

However good😍 or bad😣 it be

In whaterever mood🤔, you are feeling to be

Be a spectator 😀 and just

In Regrets and regrets you will never be😋
Now Think…Have you ever been in a situation where you had won something and then just in happiness you forgot everything and later you had to regret….only once you have thought of such a situation proceed reading:

Celebrations will be there,you don’t need to hurry😃

But its first important, to properly witness the legacy😄

Who never refuses to see😉

In regrets and regrets you will never be 😋

Again assume you have just met a failure

And you are feeling like running away and not facing people but you are encountered by a person who passes satirastic comment to you…and you reacted very unusual…again later you have to regret your unusual situation now read this:

The laughing 😝eyes at you,

If you😮 want encouraging😊 it can be

Don’t panic😲 instead be a spectator 🤓

Who never refuses to see😉

In regrets and regrets you will never be😋
I was just thinking solution to these unusual situations of regrets in life..

that feeling.. when we feel…If I could get one more chance I would react better…and I would have reacted better if I knew in which situation I am going to be…the future still you can control to an extent by not repeating the same mistake..but how will you react better to an unexpected situation which is just out of box…you never thought of…if given now at this very moment🤔🤔🤔

Again chances of reacting in such ways that regrets will be there, increaces😀

So after thinking a lot 🤔

Only solution I see is…to SEE that situation.

May be thats the only way to reduce chances of regrets…😀

Now read this..and I guess you can connect to it😄and if you get connected do comment what you think of being a spectator…or any such situation you want to share..

If its call for struggle or rest everafter😑

If its pain or gain given by master😇

If its new faces or faces from past charter😶🙄

Call for Stronger or gentle blaster😋

Just never 🙄decide all of sudden and create a disaster😀

Just be a spectator😎

Who never refuses to see 😃

In regrets and regrets you will never be😎

And its time to give rest to her eye😅😁😉

I started with penning down my experiences. but now my smartphone's typing keys have became more smart, they have started imagination too. Converting everything into writings from reality to imagination. (Yours loving warrior Naina) View all posts by Warrior Naina

© Naina Asawa and www.warriornaina.com, 2020. Unauthorized use and/or duplication of this material without express and written permission from this site’s author and/or owner is strictly prohibited. Excerpts and links may be used, provided that full and clear credit is given to www.warriornaina.com with appropriate and specific direction to the original content.

I started with penning down my experiences. but now my smartphone's typing keys have became more smart, they have started imagination too. Converting everything into writings from reality to imagination. (Yours loving warrior Naina)